In the north and west, the valley of the Zeya river adjoins the ridge. The Uda River flows to the north. The Zeya-Bureinskaya plain is located in the south. In the area where the Dzhagdy, Tukuringa and Sokhatan ridges join, there is a dam of the Zeyskaya hydro power plant.

In the southeast to the east, the Selemdzha ridge continues. The highest point of the Dzhagdy ridge is an unnamed peak with a height of 1604 m.

The goal of the 2019 expedition was the peak and simultaneous practice of rescuing people in case of a plane crash in taiga (the woods).

Characteristics of the road section of the expedition: 400 km. to Fevralsk village along asphalt road, and then a dirt road. Then through the Norsky Nature Reserve over destroyed bridges and field roads swept by snow to the BAM (Baikal-Amur Mainline) auto-dubbler and further to the Dugda station.

The way from Dugda to the mine, where the gold miners were waiting for us, took us half a day. The path goes along the winter road, laid through the Dugda and Bom rivers, about 80 km.

Walking part, camp places: the car was left at the gold miners and we went on foot, first through their mining, then along the Bom river and numerous mountain streams.

From the very beginning we walked in snowshoes. By the end of the hike, legs were buzzing and aching, but it showed themselves to be more advantageous than tourist skis. And on the assault of the peak, it would be simply impossible to climb the ridge on a hard and slippery crust without them.

The nights were spent both in a winter tent with a stove, and in an old winter quarters on the Devil’s Ladder brook. In these days we hiked about 90 km. in total.

The weariness and tension were intense. This route is really hard.

On the way, frozen waterfalls, rivers chained in stone banks, pure ice and sweet water awaited us. The nature on the ridge is absolutely wild, there are not even hunters there.

In August 2021, a new expedition is planned to this area, but from the side of Lake Ogoron. The largest lake in the Amur region. You can become a member of the expedition too. 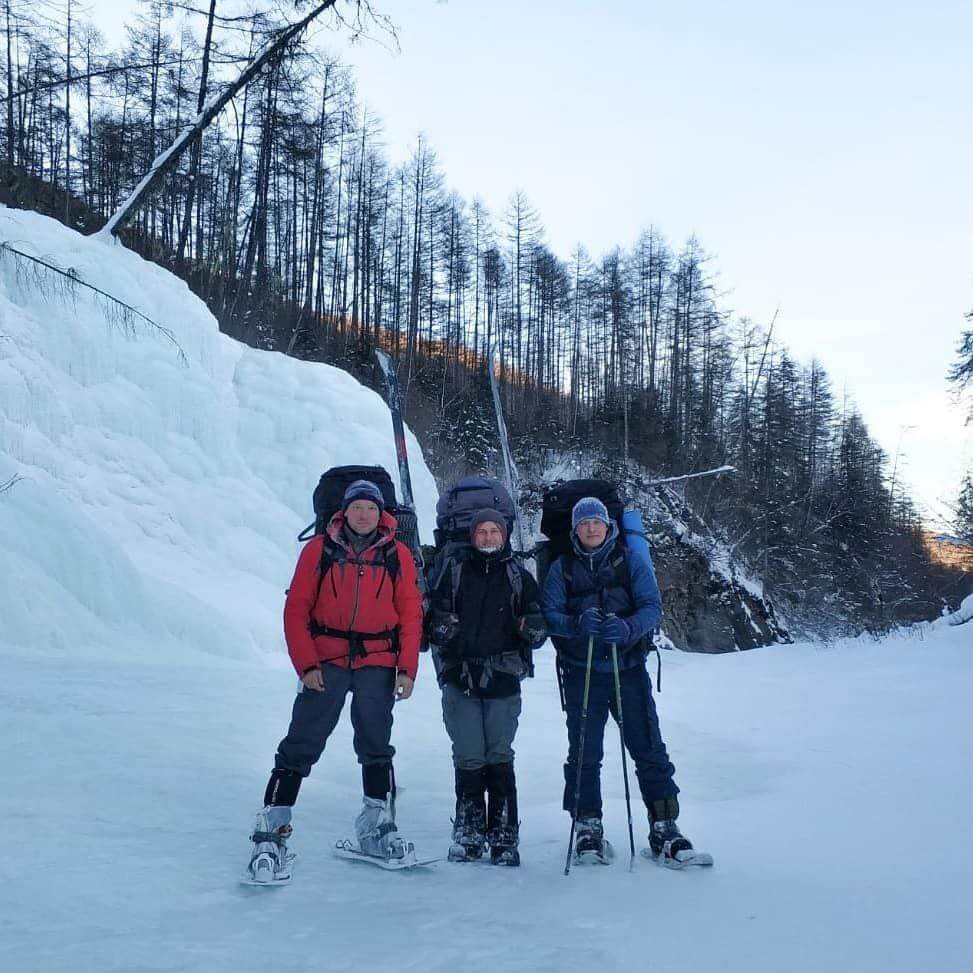 Calculate the price of the tour "Dzhagdy ridge"