Mountain range (highest point 1902 m.) located in Selemdzhinsky district in the east of the Amur region. Esop is an Evenk name, translated as a spearhead. Indeed, the tops of the ridge are like arrows in a hunter’s quiver.

October 2019 a hike to the highest peak of the Aesop ridge took place.

Expedition duration: 5 days. 2 days on the way from Blagoveshchensk to Ekimchan and back.

Characteristics of the road section of the expedition: 650 km. mostly gravel road, with mountain passes and frazil.

The way from Ekimchan to the mine, where the gold miners were waiting for us, took about 2 hours.

Climate conditions: on the day of arrival 5 degrees below zero.

Walking part, camp places: the car was left at the gold miners, we moved to another truck KAMAZ provided by the gold miners, and then we went on foot, first along their mining, then along the Levaya Krestovaya Elga river and numerous mountain streams.

The path was complicated by the pigweed on the way. Carrying heavy backpacks from time to time we fell knee-deep into the swamp. It was extremely difficult to break through the cedar elfin, which has not yet been crushed by snow. We fell and stumbled at every step.

The overnight stay was organized in the old winter hut on the Left Krestovaya Elga river. The plans for 2022 are to restore the winter hut on Elga, to put a gazebo and a bathhouse there. And also to rebuild a winter hut with a small bathhouse at the Bruce foothills. In total, we hicked about 60 km. these days.

The day of ascent was the most difficult. Even the descent was as exhausting as the ascent. A protracted, endless climb, elfin wood, wind and snow took all of our strength. In summer, groups of local tourists sometimes follow a similar route, leaving behind mounds of stones as memorial signs.

On Aesop, as well as on Bruce, you can find a cellular signal.

Anatoly Matytsin, professor of the Department of Pathophysiology of Amur State Medical Academy lives in Blagoveshchensk. USSR master of sports in motocross regularly, until the age of 73, both in a couple and by himself, riding a soviet motorbike IZH he drove along this entire ridge, taking notes, pictures, writing a book. 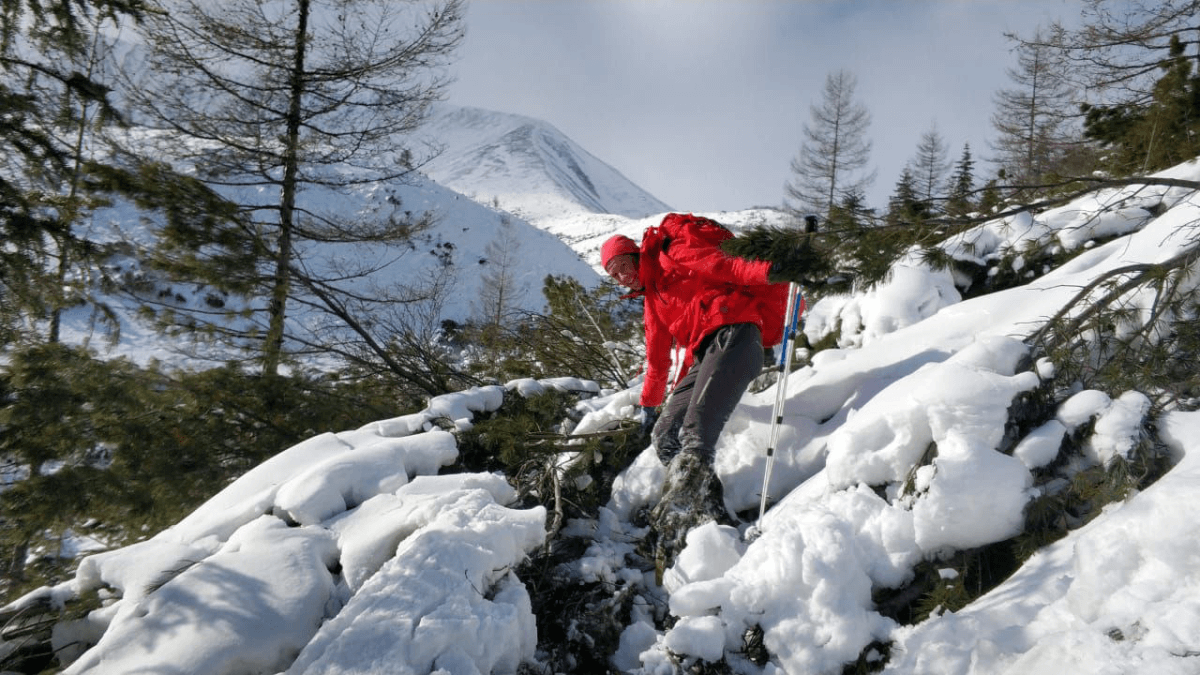 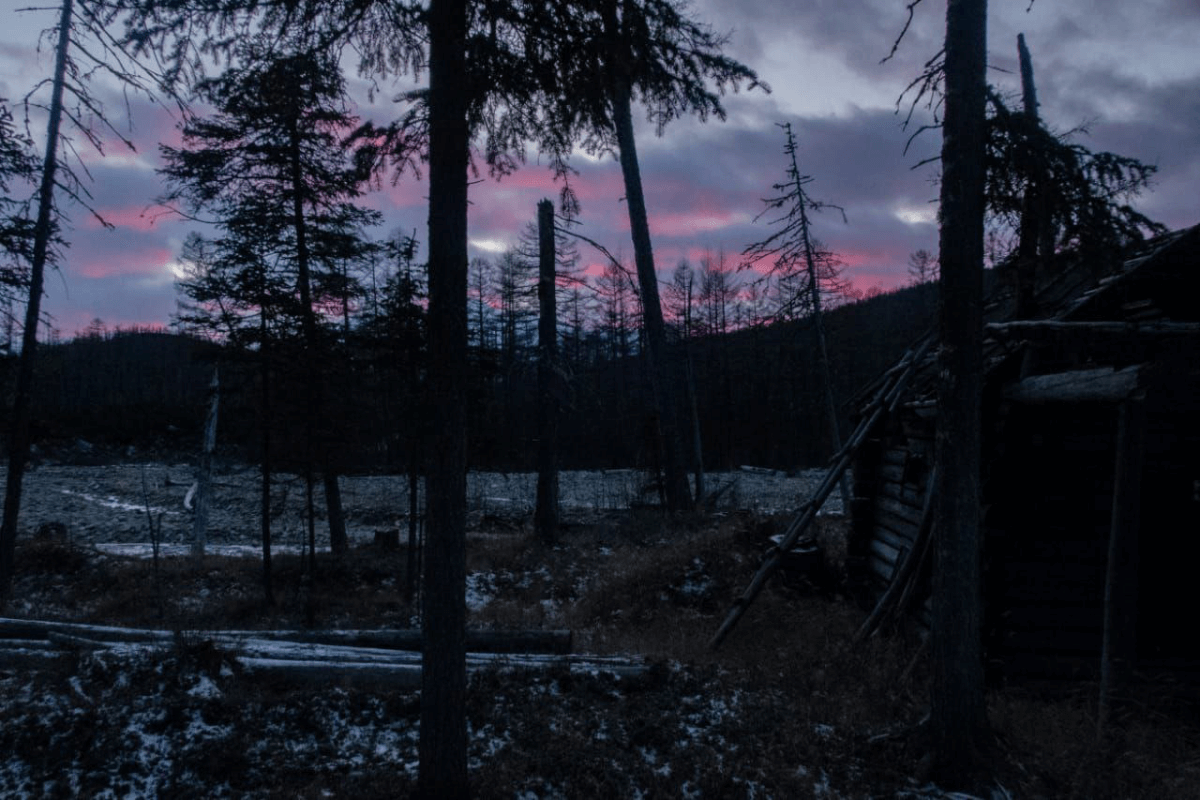 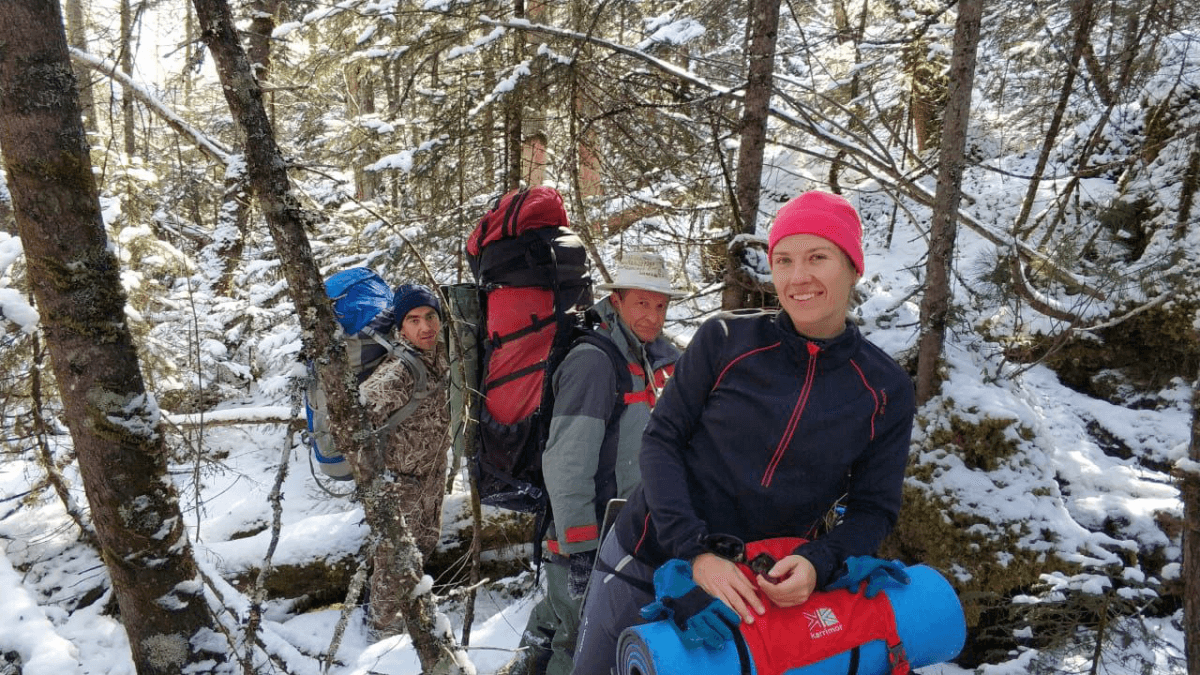 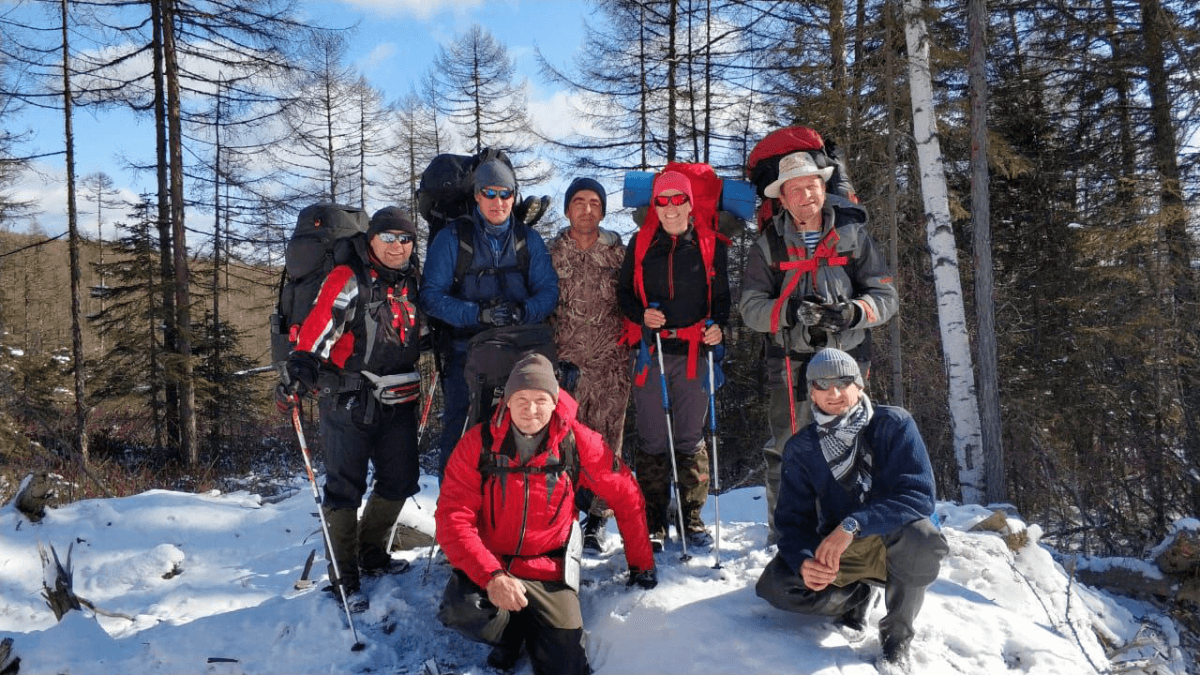 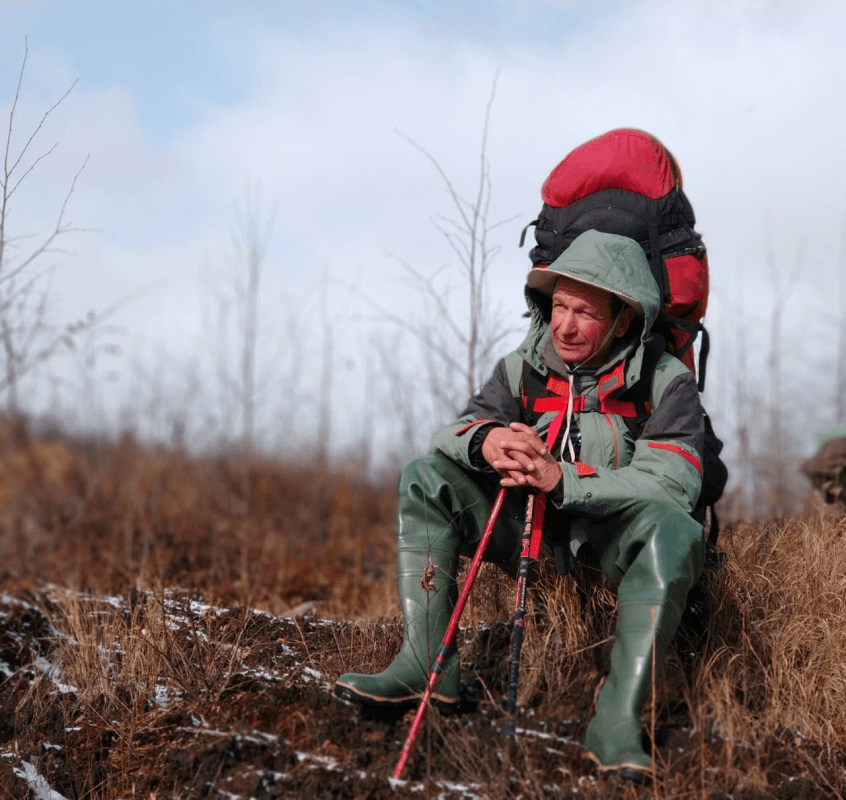 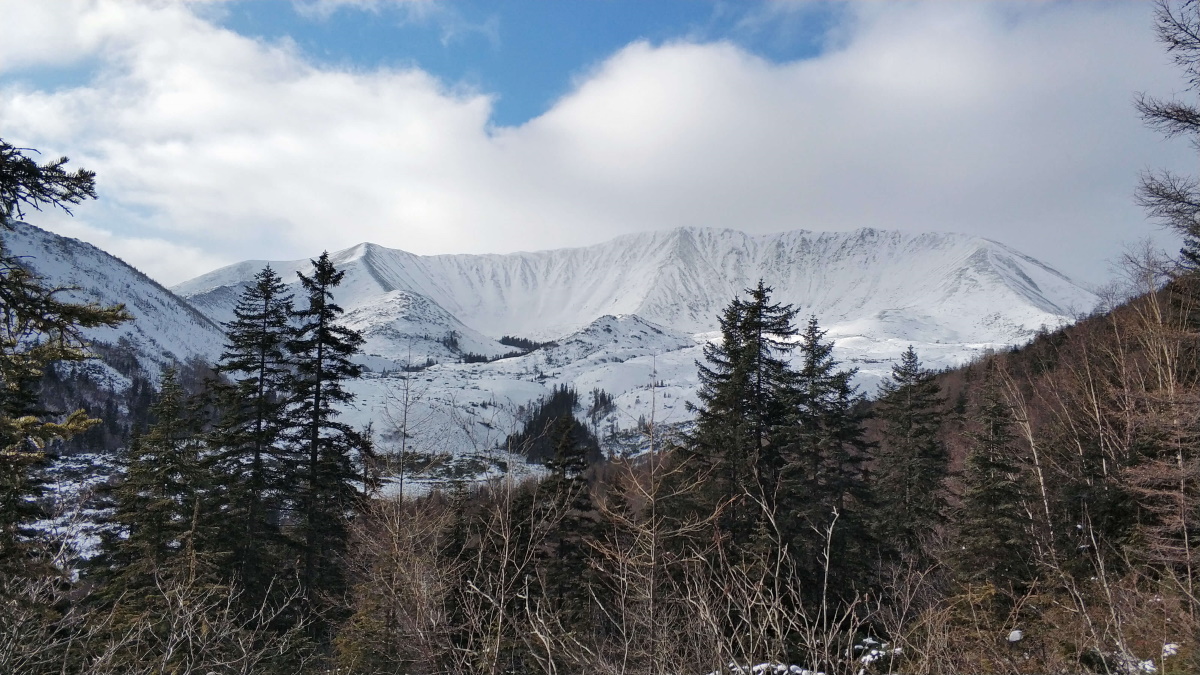 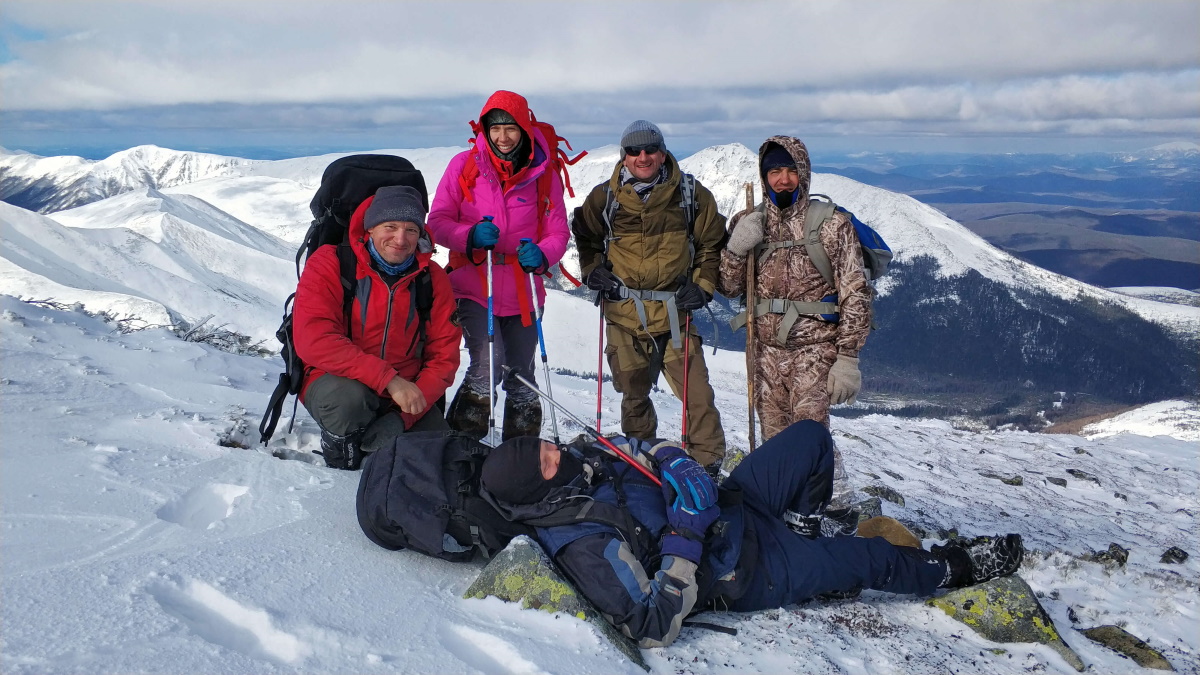 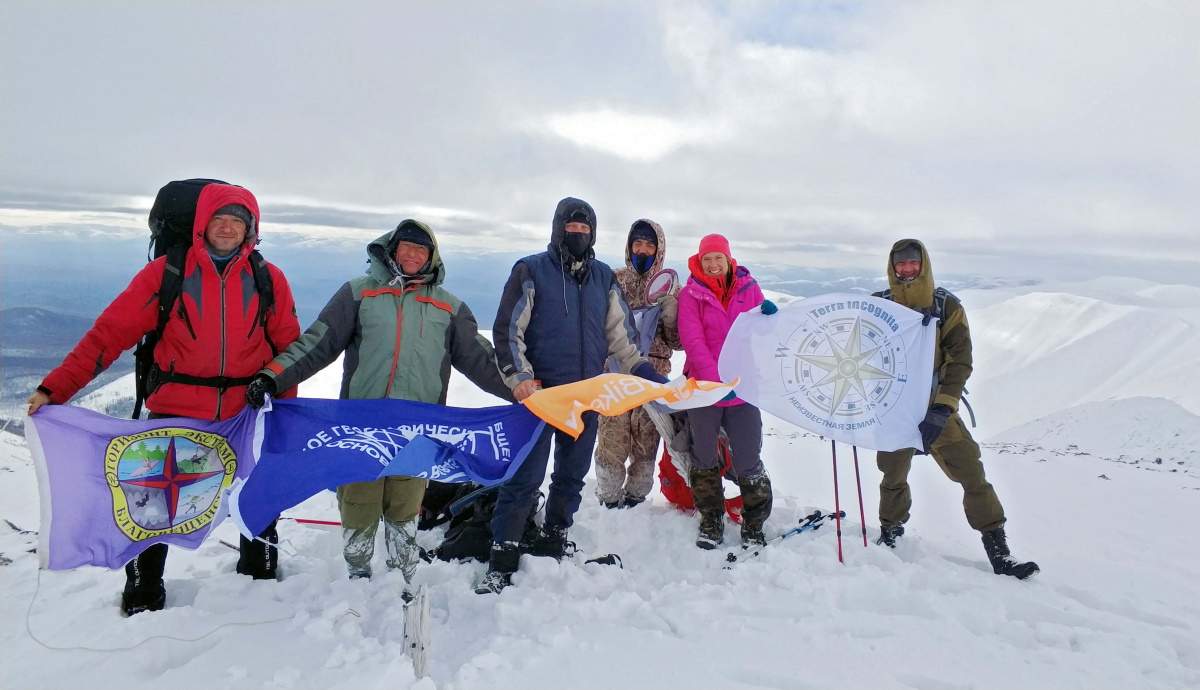 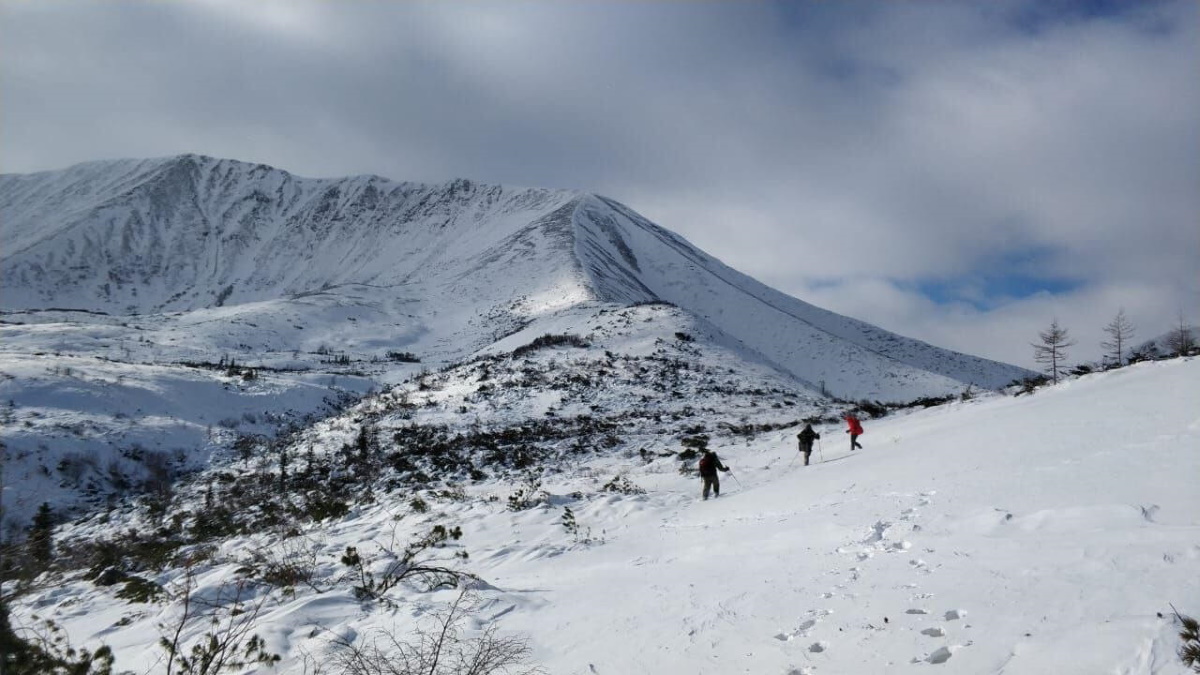 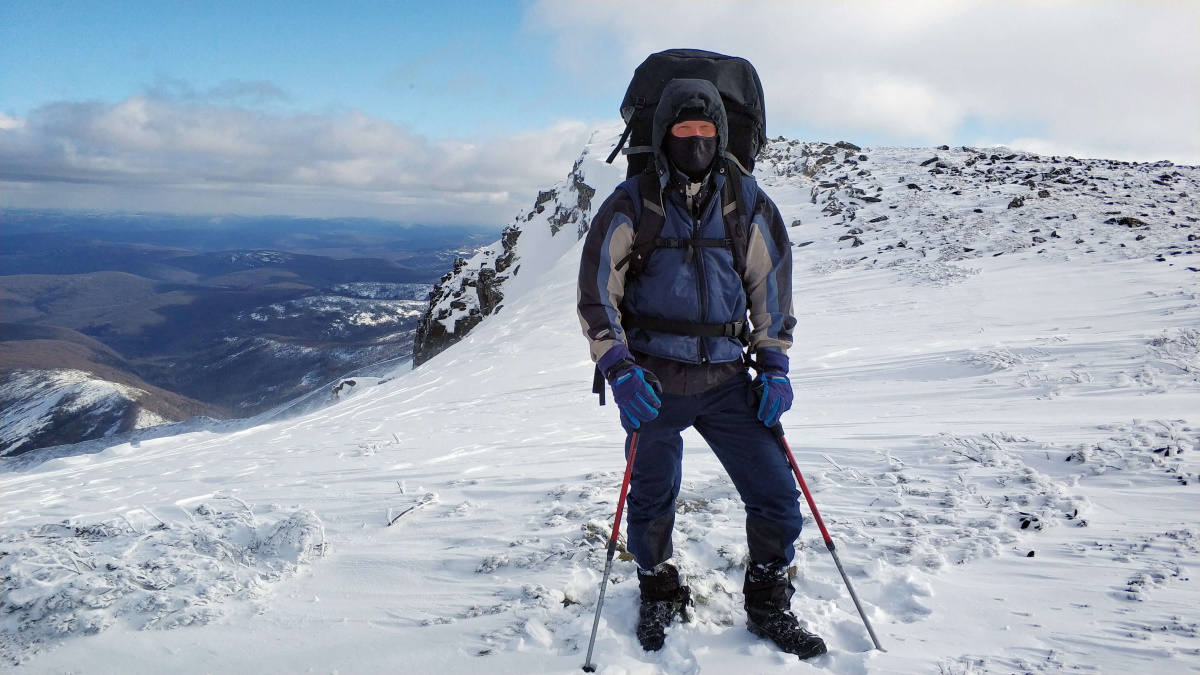 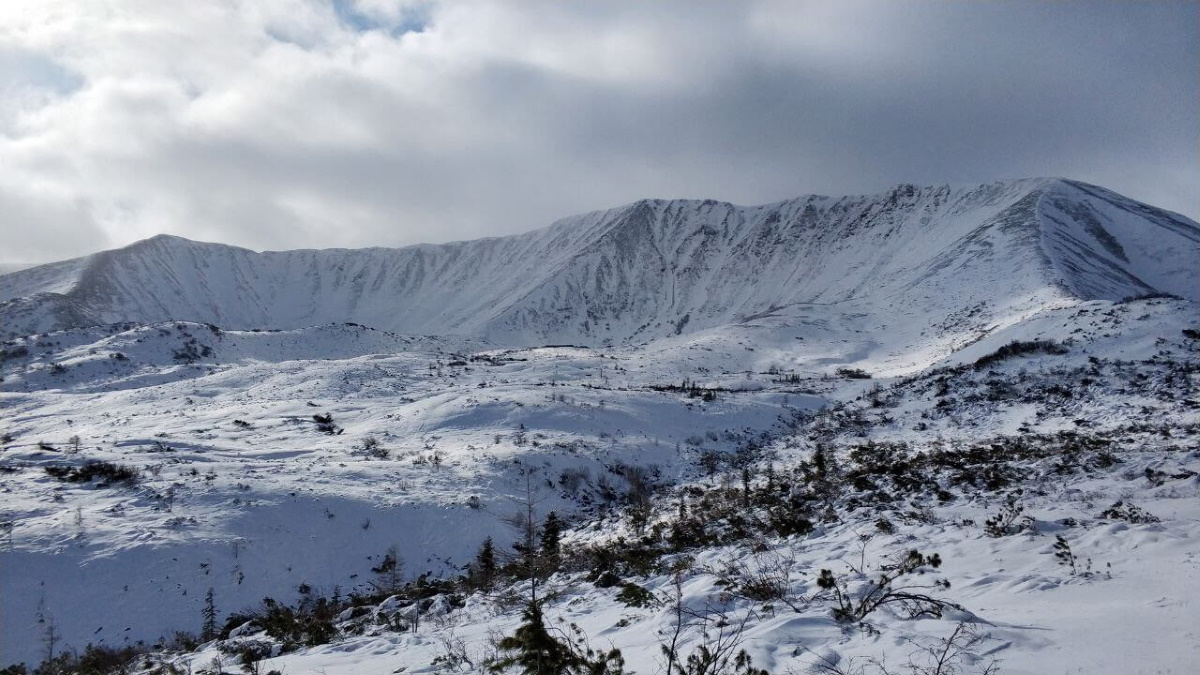 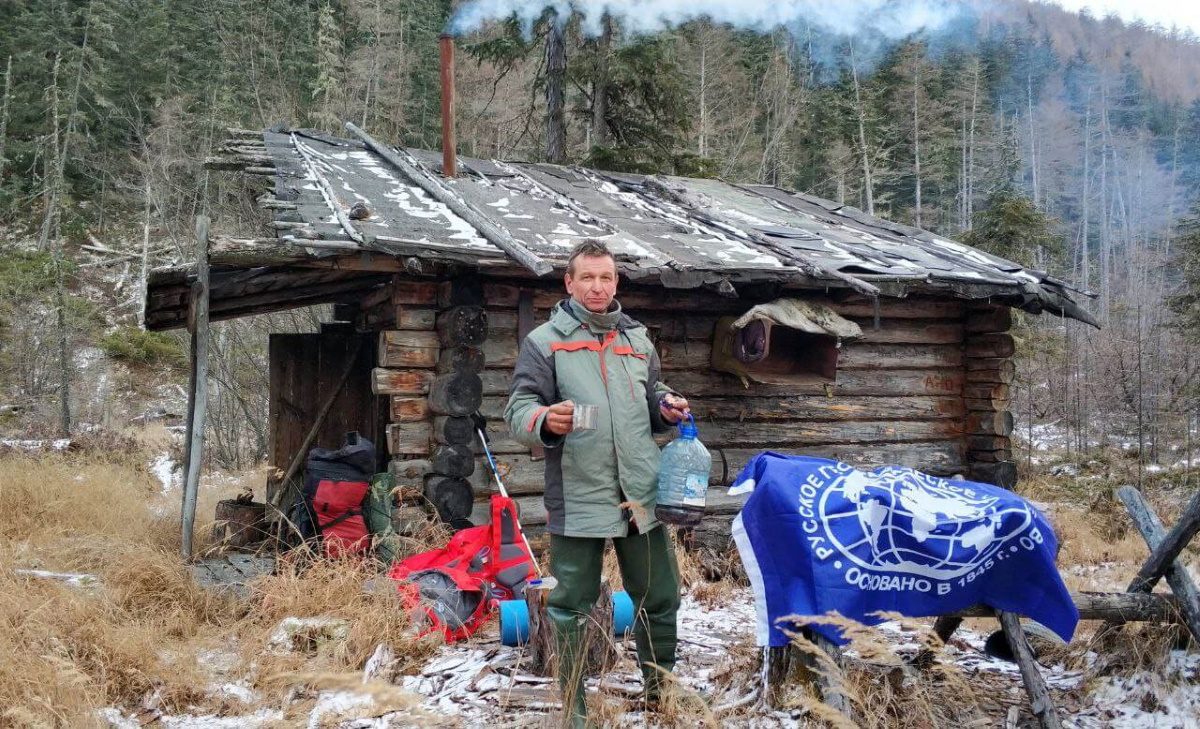 Calculate the price of the tour "Aesop ridge"